Which is better: a comparison on gaming laptop vs desktop computer? 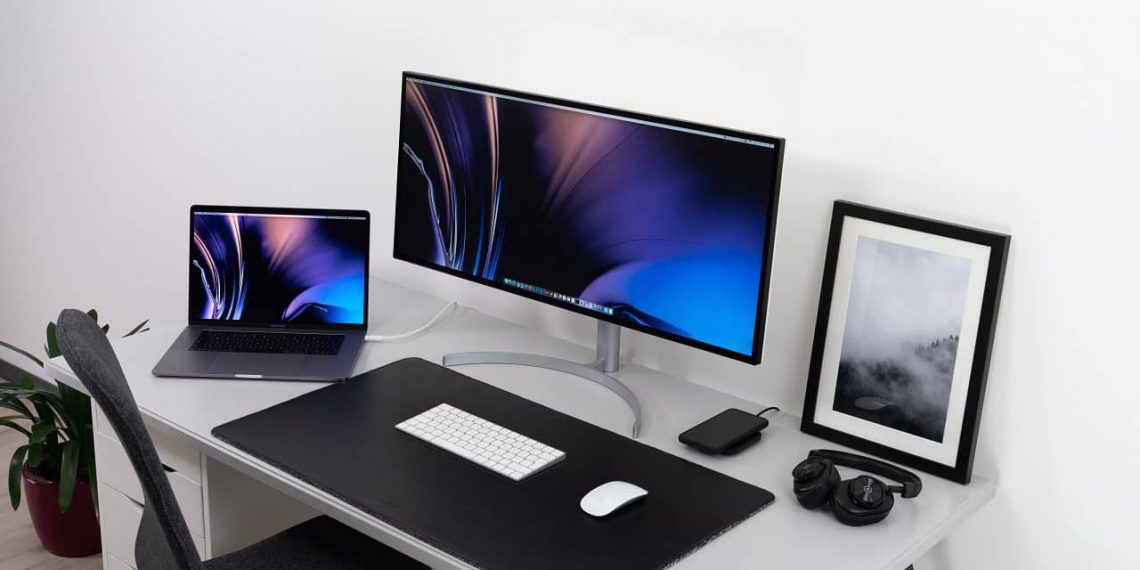 When it comes to gaming, there are two main options: a desktop computer or a laptop. Both have their advantages and disadvantages, but which is better for you? This blog post will compare the two in terms of performance, usability, upgradability, portability, cost (price), speed (performance), durability (life expectancy), design and other factors. It should help you decide what is best for your situation- whether that be a gaming laptop or a desktop computer!

What is a gaming laptop?

A gaming laptop is a portable computer that can be used to play high-end games. It has specialized hardware which makes the performance of the desktop in terms of gaming, but it comes with some disadvantages like reduced upgradability and limited design options.

What is a gaming desktop?

A gaming desktop is a stationary personal computer that can be used to play high-end games. It has more upgradability and design options as compared to gaming laptops, but it comes with some disadvantages like reduced portability.

The desktop will give you better performance than the gaming laptop because of its powerful hardware components. You can upgrade your gaming laptop, but you have to take it in for repairs when something goes wrong. gaming Laptops also has a low graphics card which makes the performance better than normal laptops, but they are not as good as that of desktop computers.

The desktop will give you a higher advantage over other players because of its smooth and uninterrupted gameplay whereas on a laptop frame rate drops frequently thereby affecting the gamer’s experience. The resolution is much lower than what gamers normally play at when using an external monitor with their portable computer. Desktop gives more frames per second (fps) compared to the laptop which means smoother gameplay without any interruption or lagging.

Laptops do not usually come with high-end graphic cards like desktops which affect their overall performance while gaming. They also have a limited amount of RAM and smaller hard drive space which means that you won’t be able to download as many games or run large programs like video editing software.

There is no comparison between the performance of gaming laptops and desktops because desktops always give better results than laptops when it comes to high-end gaming. Desktop has a lot more power and memory in comparison to laptop.

Computer gamers always prefer a desktop over a laptop because it gives better performance than a laptop. Better processing, high RAM space, and the latest graphic cards make the gameplay much smoother on desktops as compared to gaming laptops which lag or become slow after playing for some time.

A gaming laptop is portable and can be carried around easily. It has a high battery life which makes it convenient to use even outside the house. on the other hand, If you want something that’s more flexible than gaming laptops, then the desktop would be your best bet, because You can customize every aspect of its hardware components in order to give it a unique look and feel.

If you want to upgrade your gaming laptop, then it may not be as simple or easy compared to upgrading a desktop. For example, if one part of the computer starts malfunctioning, just replacing that won’t do much because there are other parts which need replacement too. You will have to understand how to repair computers in order to fix your gaming laptop.

On the other hand, desktops are very easy to upgrade because almost every part of it is easily accessible. If you want more RAM or a better graphics card, then all you need to do is buy one and insert it into the slot.

There is no comparison between the upgradability of gaming laptops and desktop because you can easily upgrade your desktop without much difficulty. Desktop components are easier to access than that in a gaming laptop.

You will have an easy time upgrading the hardware components on a desktop as compared to laptops which makes it more flexible when compared to computers. Laptops don’t usually come with upgradable parts which means that you will have to buy a whole new laptop if something goes wrong with it .

Desktop is the best option when considering upgradability because everything in your computer can be upgraded easily. You can upgrade RAM, hard drive space, graphic card, and other components without any problems.

Gaming laptops are more portable than desktop because they can be carried around easily. They have a small size which makes them easier to handle compared to desktops which might take up a lot of space in your room .

If you want to buy a computer for yourself or as a gift, then it’s better if you go with desktops because they are cheaper than laptops and offer the same performance.

Desktop computers cost less than gaming laptops and provide a similar level of performance to run high-end games. They can be easily purchased online or from a local store .

A gaming laptop is expensive and costs more than a desktop because it comes with small size high-end chip components like graphic cards which make them suitable to play high end games on such a compact size. that is why they cost more as compared to desktops but offer almost same level of performance in terms of gameplay, graphics, and other features.

So when considering the cost factor between gaming laptops and desktops, then desktops are the clear winners because they come at a lower price as compared to laptops.

Desktop computers are generally faster than gaming laptops when it comes to the speed of processing and other performance features.

On one hand, desktops come with a powerful processor and RAM which makes them suitable for high-end games and provide fast gameplay without any lags or frame drops in graphics. they can be easily upgraded to make them faster which makes it a better option as compared to gaming laptops.

On the other hand, most of the high end games run very fast on desktops In comparison of laptops due to their powerful components . If you want a computer for playing multiple games with good graphics , then desktop is better option.

Durability is an important factor to consider when buying a computer because you will be using it for a long time and might face different kinds of internal damages. Desktops are more durable than gaming laptops as they come with proper ventilation which prevents them from heating up. If your laptop heats up, then it will also reduce its lifespan and might face internal damages.

So when considering durability between gaming laptop vs desktop, then desktops are better as they can be used for a longer time without getting damaged easily. Desktop computers come with proper ventilation that prevents them from heating up which increases their life span. Even the hardware components of your computer such as CPU, RAM, and other components are easily upgradable in case of the desktop which makes it more durable.

A gaming laptop is less durable because they get heated up quickly due to high-end hardware components which might increase their internal damage too . They can be used for a longer time but you have to take good care while using them by keeping your computer away from heat and other external damages.

So when considering durability, desktop computers are better than gaming laptops because they can be used for a longer time without any damage. Desktops also provide the option of easy upgradability which enhances their life span too.

Gaming laptops and desktops also differ in design. Desktops usually come with a boxy type of shape which makes them bigger as compared to gaming laptops that are more sleek and slim. This might be an important factor for those who want their computer to fit into small areas or look good on your gaming desk.

So when considering design between gaming laptop vs desktop, then laptops are a better option as they come with more stylish and sleek shapes which makes them suitable for small areas too. As gaming laptops have sleek bodies so it allows you to use them in your lap comfortably as well.

The sound system is an important factor to consider when buying a computer because you will be using your machine for entertainment and video games.

Desktop computers come with good sound systems as compared to gaming laptops. They have separate audio jacks which make them suitable for attaching speakers or headphones without any issues. Even the speakers are easily upgradable in the case of desktops which makes them suitable for high-end games and songs.

So when considering sound system between gaming laptop vs desktop, then desktops come out to be a clear winner because they can provide you quality sound output without any issues due to their good sound system.

Ports are also an important factor to consider when buying a computer because you will be using your machine for different purposes like gaming, entertainment, and other things.

So when considering ports between gaming laptop vs desktop, then desktops are better as compared to laptops because they offer more USB connections which makes it easier for users who want to attach multiple devices at the same time.

Webcams are also an important factor to consider while buying a computer. Desktops come with good quality webcams ( which can be externally replaced easily ) as compared to gaming laptops. They provide high definition and clear quality images which make them suitable for skyping or using video calling apps without any issues. But in the case of gaming laptops, they come with low-end webcams that produce blurry images in comparison even on full brightness settings which makes it unsuitable for those who want high clarity while working over video calls.

So when considering webcams between gaming laptop vs desktop, then desktops are better because they come with high-quality webcams that can provide you clear images while working over video chats without any issues.

So in this blog post, we elaborated the detailed comparisons between gaming laptops vs desktop computers. The desktops come out to be a clear winner for those who do not travel too much and do gaming from a fixed gaming room. desktops provide you high performance while working over games and other tasks. They also offer upgradability which enhances their life span too.

Gaming laptops, on the other hand, are ideal for someone who is a traveling nomad and a gaming fanatic as well as someone who does not want to devote a place in his or her living room to play games.